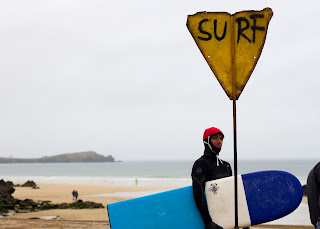 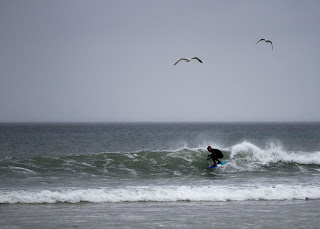 "Your feet must be awfully cold?"

Yup.  I'd not had a whole lot of time to mentally prepare for this though.  When the call went out for the first annual Slyder Cup, a finless "friction affliction" wave sliding event, I thought that mid-April would mean a summer wetsuit and some heavy whomping in the shore-break.  Instead, I was stood at the waters edge in my winter suit with the hood up, gloves on and no boots.  I'd realised the night before when I was stuffing neoprene into my day bag that I can only just squeeze my hooves into my swim fins anyway, so I had no chance with wetsuit boots on.  Gwynedd, who I'd guess is easily twice my age, seemed quite concerned for my well being as we waited for the starter's claxon.  On the other side of me stood Alan Stokes, former British Surf Champion, and along from him was a bloke with a warped plank of untreated plywood that he'd cut from a sheet of 8'x4' that morning.  There was also a Welsh guy with the most incredibly shaped asymmetrical paulownia paipo with a drop-knee cut-out.  Five minutes into our paipo/bellyboard heat and Stokesy and I figured that Gwynedd was beating us fair and square (and for the first time ever I wished that maybe I'd had a childhood of bodyboarding to stand me in good stead for moments like this, a thought that I quickly dismissed).
After twenty minutes, sure enough my toes had turned white and gone numb. 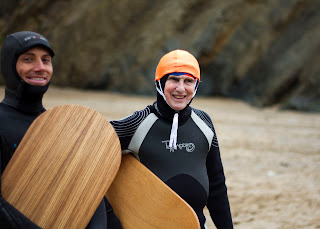 Alan Stokes and Gwynedd Haslock lining up for our paipo/bellyboard heat.  Read more about Gwnedd here and get inspired. 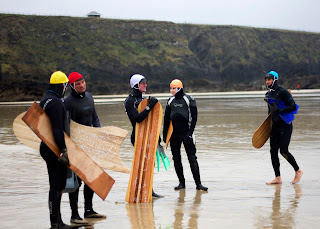 Paipo/Bellyboard heat #2.  Check out the craft! 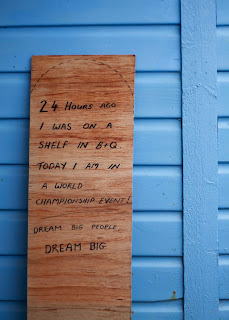 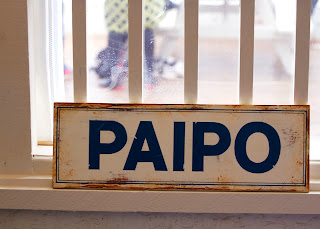 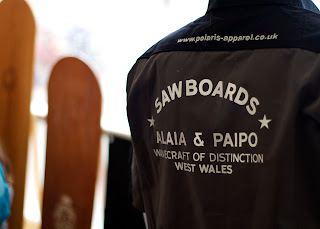 Sawboards are the people responsible for the assymmetrical paulownia drop-knee paipo in the photo above.

The Slyder Cup featured four categories of competition; finless surfboards (anything from alaias and Wegener albacores to normal surfboards with the fins pulled out), paipos and bellyboards, bodysurfing and mat-surfing.  There were a couple of heats in each category before a final…and then a grand final with the winner from each discipline going wave for wave to crown the ultimate slyder.
The albacore riders dominated the surfboard rounds, with Alan Stokes and the eventual champion Jimbo Bennet getting some insanely long rides with spins, slides, shove-its and even a couple of head-dips.  In the final they were spinning their boards right onto dry sand in the shore-break.
There were tons of bodysurfers present, including a small crowd who turned up with some old skateboard decks, a load of hand tools and sandpaper to shape their handplanes there and then.
The South-West's mat-surfing crew were also present; a committed bunch of surfers whose choice of craft would ordinarily raise a few eyebrows on the beach, but not here.  They looked to be having so much fun in their heats and I learnt a lot about these rare inflatable sleds over the course of a five minute chat with mat-maker Graeme, which will probably make another post altogether. 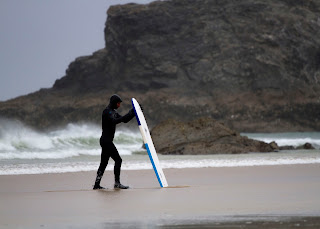 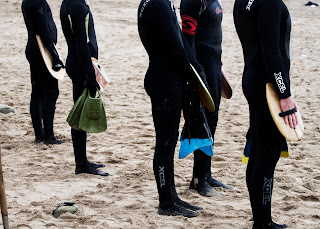 Bodysurfers on the start line. 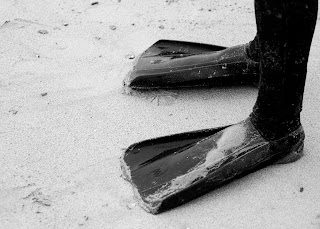 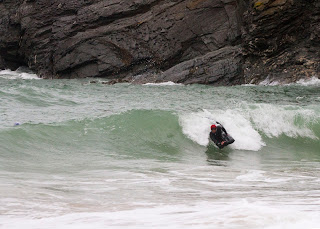 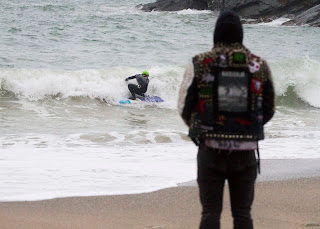 Jimbo Bennet spinning on to the sand in front of a punk-as-hell spectator. 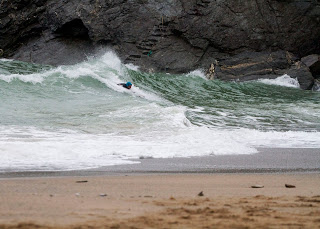 At the end of the day, as the drizzle started to thicken, the final claxon sounded and Jimbo Bennet climbed the podium (a small slide) to hold aloft a tiny trophy.  There was a brief "run-what-you-brung" session in the high tide shore break with tea trays, polystyrene kids boards from the '80's and me trying to ride a canoe paddle like some sort of polynesian grommet with no success, before the crowd retired to the scout hut for a surf movie and then a few beers and some music.  This is slated to be the first of many events (some competitive, some not so) put on by the Approaching Lines crew, and I can only imagine that they will grow in popularity as word of the good-times and smiling spread out radially.  A competition where you need no prior experience, can borrow your vehicle, line up alongside champions and senior citizens in the same heat and nobody gives a damn about the scores, statistics and rankings?  Sign me up already! 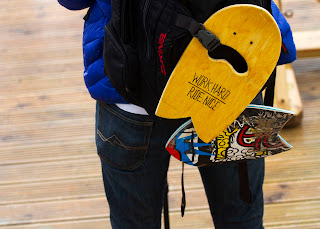 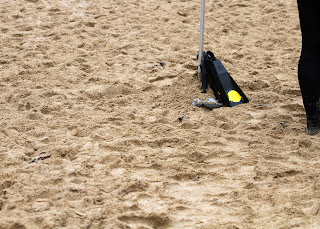 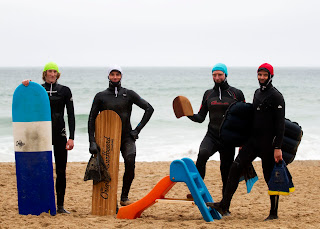 You can read more about the event here, and keep checking back if you want in on the next one.

Huge thanks has to go out to the organisers Chris Nelson, Demi Taylor and Nick Holden for putting together such a great event, and to Reef and the other sponsors who put their faith in such a quirky, edge of the surfing spectrum, event.  There were a whole load of people who pitched in judging, tabulating and marshalling who did an incredible job just for the love of it.  Thank you.